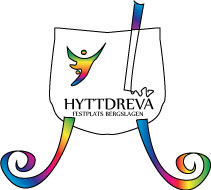 Hyttdreva - a meeting point in the heart of Bergslagen

Södra Hyttan is a small village in neck of the woods by Hjulsjö. A place where rivers, roads and culture meets. You can find us one hour north of Örebro, between Hällefors and Kopparberg, by road R63. Hyttdreva takes place in the same venue as Bergslagens Största Bokloppis and Galleri Södra Hyttan. See the map to your left to find us.

Hyttdreva is a cultural hub that revives old traditions in the new smeltery of Hjulsjö (Södra Hyttan – the south smeltery). When the smeltery was taken down for the season a party was thrown. This was called Dreva, or the Drev-dance, and it was the one and only time a year everybody could let loose. It had a tendency to become pretty wild, and therefore the church banished the dreva in the second half of the 1800s. It was resurrected later but died out as the countryside took part of the industrialisation in the beginning of the 1900s. But now it’s time once again.

Bergslagen, the land of the mines and smelteries has always been a multicultural place and we want it to remain so. This is something we want to manifest and celebrate in the 21st century by holding a dreva in the name of diversity. Bergslagen has firm roots and we therefore present, among others, root music from different parts of the world, served with a mix from the culinary world and local drinks.

It’s a party in a unique environment with multiple stages among thousands of tonnes of slag-rocks.

Irresistible and unmissable – come and join us in our new movement and resurrection of our rural land.

Do you want to play at Hyttdreva?

Do you want to volonteer? 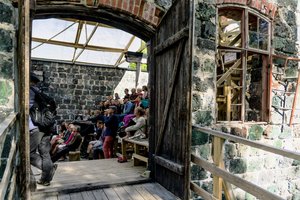